Building off of the momentum from the September 2019 meeting of the Suburban Acres Civic League, Norfolk Southern and The City of Norfolk worked together to clear the ditches along the railroad tracks that run parallel to Yorktown Drive and Virginian Drive.  Completion of this project has been a long time coming for residents along Yorktown and Virginian.  This work should also lead to improvements in storm water drainage along surrounding streets.

The SACL would like to thank all residents who showed up at the September 2019 meeting and expressed to City speakers in attendance their frustration with the clogged ditches and resulting poor drainage, leading to this positive action.

For details of discussions at the September meeting, please see the Meeting Minutes area of the SACL website.  That meeting was attended by several neighbors who lived along Yorktown and Virginian, along with Councilwoman Andria McLellan, Gabriel Phelps from City of Norfolk Utilities, & John White from the Norfolk Department of Public Works.

It’s great to see SACL members and neighbors make a difference for our neighborhood through involvement with our meetings and direct communication with the City.

Pictured below is resident Louis Demarco. 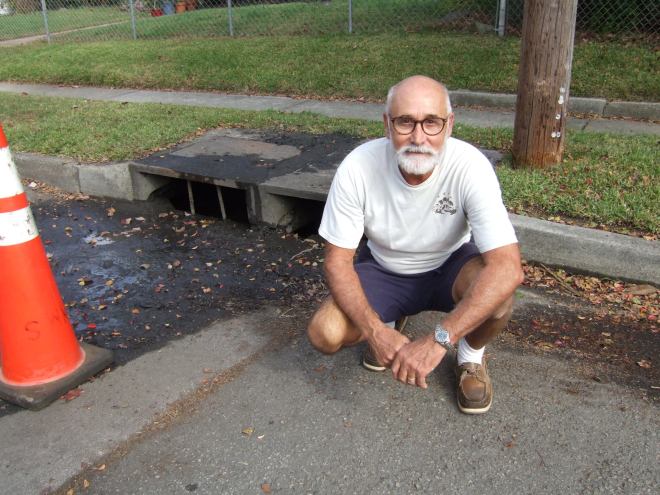 ♦ League General Meetings are held on the 2nd Monday of each month, at Suburban Park Elementary School unless otherwise noted.
♦ Meetings start at 6:30pm and end at 8:00pm, with doors open at 6pm for refreshments.
♦ See the Suburban Newsletter for additional details.